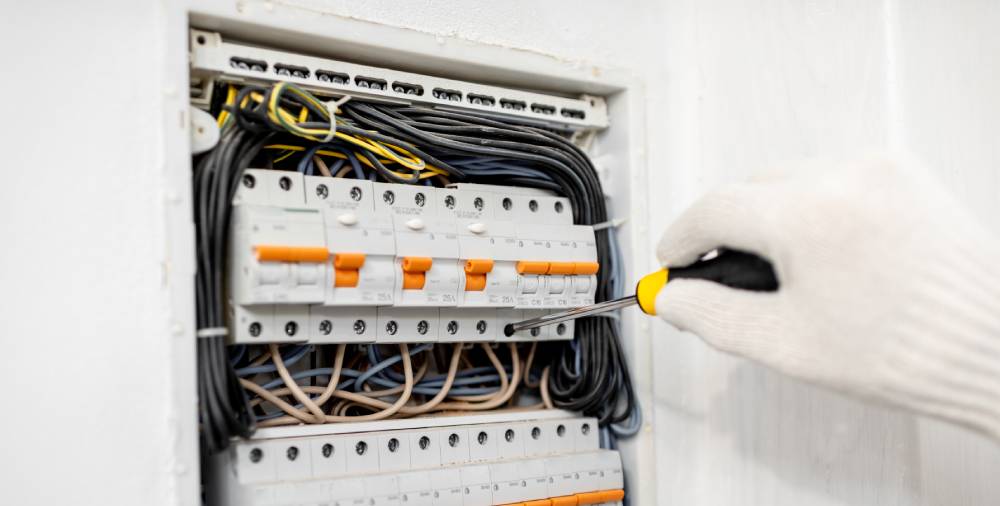 The whole electrical system is controlled by one circuit breaker or panel. Even though both have their benefits or issues, some old homes have neither of these. Trying to adapt to the older system will only increase owners’ problems. What must be done to avoid such issues?

The article will explain everything you need to know about circuit breakers and power panels. Although both of these have similar functions, still one of these is better than the other. The better one allows control, more connections, and helps avoid more circuit problems.

What is a Circuit Breaker Panel?

The breakers inside the panel control everything individually, and all these breakers are under the control of one central switch. The main controller has power ranging between 100, 150, and 240 amperes, whereas the smaller ones are usually 15 to 20, depending on the connection. If you connect your air conditioner to a microwave connection, it will probably trip since the circuit cannot handle such high capacity.

There are many potential benefits of using a circuit breaker panel, but we will discuss just a few ones here.

First, they are effortless to use. The capacity ranges from 100 to 240 volts. You can expand space and add as many circuits as you want. If you notice a trip or shut down, carefully pull up the button and restart the connection.

It is not possible in fuses, where you have to replace the whole of it. The newly made homes have more breaker services and safer as compared to the older ones.

What is a Power Panel?

A circuit breaker panel has small switches on the motherboard, whereas the power panel is way more advanced than that. The power panel can handle more amperes and is mainly implanted in buildings and huge areas. These panels have a very diverse capacity, running various connections at one time.

There are lesser chances of short circuits and tripping on these boards. The distribution board or circuit panel has control boards situated inside the main rooms, instead of inside the walls. You can depower all the connections with just one switch. Mostly, aircraft have this type of control.

The power panel or distribution board controls everything all together. For big buildings, there is a strong urgency to avoid short circuits. These boards do that specifically. The panel can be more than 200 amperes and won’t resist even with various connections.

They have significant importance in controlling connections. Alongside this, we can also retain them as a substantial cause of preventing short circuits. The electrical connections may get short-circuited in others, but this type of panel especially works to prevent this stage. Moreover, the power panel can control solar panel connections.

With the connections divided, the subsidiary helps in managing all the connections. The major role played by this type of board is in the aircraft or avionics control. The pilot can shutdown every connection with just one shut.

Which one is Better, Circuit Breaker or Power Panel?

Both of these breakers control the entire power connection of the house. But circuit breaker is restricted to the house, whereas the power pane can withstand all sorts of installations. From aircraft to huge buildings, the control is not restricted to one or two.

A professional with ample information can handle these high understanding boards, whereas anyone with a small grip of highs and lows of circuit breaker can control it. Both of these are better than a fuse. Once the fuse blows out, the whole of it needs to be replaced, but not in the case of breakers.

Q: What size electrical service system do I install in my home?

At Wiring Pros LLC, we suggest installing 100 to 200 amperes in a house. Hire a professional from our company, and they will handle the rest. With the potential and persistent knowledge about electrical work, we have grasped our client’s trust.

Q: What is a rotating electrical outlet used for?

The rotating electrical outlet can adjust various connections at once. It fits in nicely and rotates 360 degrees. So the whole installation is safe and convenient for the users.

Q: How Can I Tell What Is Tripping My Circuit Breaker?

The most common reasons for the tripping of the circuit breaker are when the connection surpasses that point’s electrical capacity. Upon consultation from a professional, they will suggest a complete study of which circuit connects which connection. Sometimes the circuit breakers seem out of alignment, and the users start to flip each plug until they find the right one.

Q: What’s the best way to confirm the company’s reliability?

At Wiring Pros LLC, the professionals are only hired based on their experience. We have attained this reputation with loyalty and commitment the companies are unable to show.

Circuit breaker or power panel, both of them have their importance. But it is better to visualize the capacity of each and its use. We can rely on these also on a condition that the boards are extremely safe and less of a challenge. If you notice a tripping or short circuit, the ground wire and connection wire might have interacted. Flip back on the switches, and continue with life.

What Does an Electrician Do: Everything You Need to Know

Have you ever wanted to be an electrician when you were a kid and always wondered what it is these great people do?...

Installing a Ceiling Fan Where No Fixture Exists: Here’s How To Go About It

Arizona has a mainly semi-arid to arid climate. In the months of summer, it is extremely hot and dry here with...

How to Install A GFCI Outlet? All-Inclusive Guide

GFCI outlets are very popular nowadays to increase the security and protection of your electrical systems. GFCI stands...