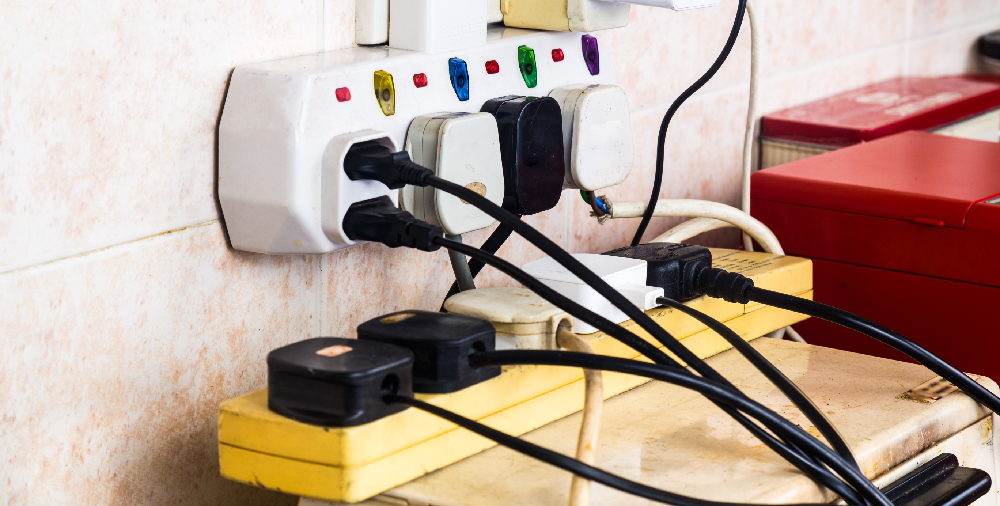 Power surge protectors primarily protect your home electric appliances from power surges. When the appliances are not shielded, the resulting effects may be detrimental in the event of a power surge.

However, the power surge protectors do not guarantee full-time performance as they are also subject to malfunction. Here are the five reasons why your surge protector might fail.

The Surge Protector Is Worn Out

After some time of constant use, the surge protector will wear out. One which was installed more than ten years ago has definitely served its time and may not be doing much as far as protecting your electrical devices is concerned. The worn-out surge protector, therefore, imposes risks rather than offering protection.

A surge protector which has been in use for about that long should be replaced; it is likely to fail when exposed to the slightest power inconsistency. It may have failed already and gone unnoticed. You should, therefore, consider having it checked and replaced.

When exposed to surges of various capacities, which often occur in different forms such as; small electrical charges occurring in large numbers or large electrical charges which occur in small numbers, the metal oxide varistor degrades. And this happens whenever the excess voltage is diverted to the MOV as a functioning procedure by the surge protector in ensuring your electrical appliances remain safe during a sudden rise in voltage. When the metal oxide varistor degrades, the surge protector will most likely fail, thereby letting all the current pass through, risking the safety of your devices.

Generally, various surge protectors have specific ratings beyond which, when surpassed, they may fail. The rating is done in joules, and a particular protector can absorb a given number of joules before its protection capability against the extra electrical energy runs out.

For instance, a surge protector rated 800 joules can absorb electrical energy surges of 100 joules eight times or 400 joules in two occurrences. After that, it ceases to be effective; thus fails.

It is easy to forget about your surge protector once installed, and it may be several months before you have a look at it or check whether it is operational. Also, determining if the surge protector is performing efficiently as it should be may not be easy. Some SPDs have installed lighting indicators that show performance status and can verify the operational status. At Wiring Pros LLC, we have a team of experienced professionals that can fix issues concerning your surge protector and other electrical problems. Get a Free Quote Today.

When the power goes out, the first thing that many people experience is panic. Because electricity has become so...

Why An Electric Panel Replacement Is Worth The Cost

A residential electric panel usually lasts for between 25 and 40 years. However, with today's increased power usage...

5 Signs That You Should Upgrade Your Electrical Panel

You probably don't give much thought to your electrical panel.  The only thing you do is turn it on and go about with...